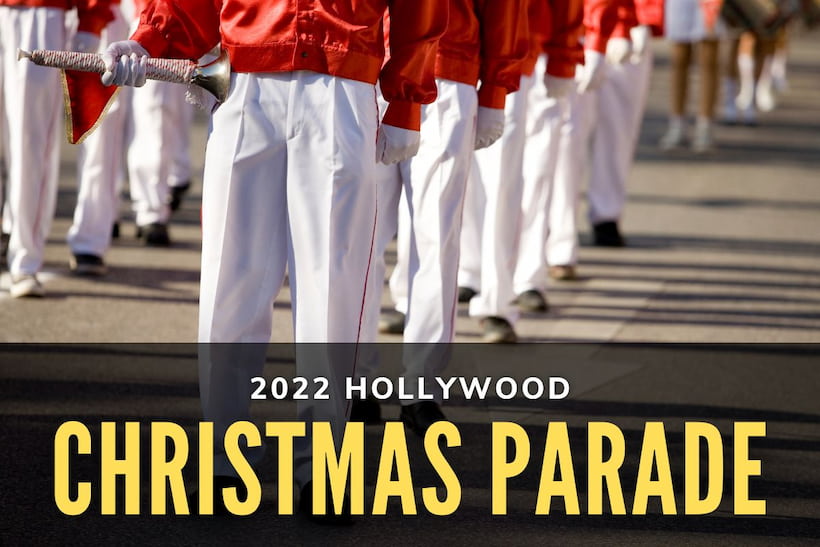 The stars come out for Christmas on Thanksgiving weekend in Hollywood! Make this the year you finally see California's best holiday parade! For Angelenos, the annual Hollywood Christmas Parade kicks off the official start of the holiday season. While the Hollywood Christmas Parade is a beloved Los Angeles tradition, people from around the country travel to the City of Angels to marvel at floats, balloons, live music, and beloved celebrities. The 2022 parade promises to be an unforgettable event! Here's what you need to know if you're planning to attend.

The Hollywood Christmas Parade is held annually on the Sunday after Thanksgiving in beautiful Los Angeles, California. The parade route follows a 3.5-mile stretch along famed Hollywood Boulevard before heading back along Sunset Boulevard. Tradition dictates that Santa Claus always makes a holly, jolly appearance at the parade's conclusion!

Marking its 90th anniversary, the Hollywood Christmas Parade will light up Tinsel Town with various special surprises in 2022. It was recently announced that Danny Trejo would serve as the parade's 2022 Grand Marshall. A prolific actor and entertainer, Trejo is known for starring in a long list of box-office hits, including "From Dusk Till Dawn" and "Con Air." Younger fans will know him as Rancor Keeper in Disney+'s "The Book of Boba Fett." In addition to his work in film and television, Trejo has voiced characters in more than a dozen video games and animated features. There's no doubt that Danny Trejo will bring his animated personality to his role as Grand Marshall!

Here's what you need to know to get tickets to the 2022 Hollywood Christmas Parade. The parade route starts in the heart of Hollywood at the meeting of Hollywood Boulevard and Orange Drive. The U-shaped parade route travels east to Vine, south on Vine to Sunset, and west on Sunset back to Orange Drive. When planning to park, look for the Hollywood/Highland shopping complex. Be prepared to arrive early if you want to snag parking for this popular event. Most public lots in the area charge fees. Parade attendees can also use the Metro Red Line to Hollywood/Vine or Hollywood/Highland to get on the parade route.

Do you have to pay to attend the Hollywood Christmas Parade? Curbside viewing along the parade route after Highland Avenue is free. If you'd like to purchase tickets for VIP parade seating, you can do so through Ticketmaster. The parade runs from 6 p.m. to 8 p.m. on Nov. 27. Once the parade is over, you'll be in the perfect spot to enjoy all of the fun things to do in Hollywood at night before returning to your hotel room for a night of dreaming of sugar plum fairies dancing over the Hollywood Sign!

Don't hesitate to reserve your spot at this year's Hollywood Christmas Parade! It's also wise to snag a hotel reservation near the Christmas parade as early as possible. Book a room at a dog-friendly hotel in Hollywood, CA, to ensure you get all the magic this Thanksgiving weekend.