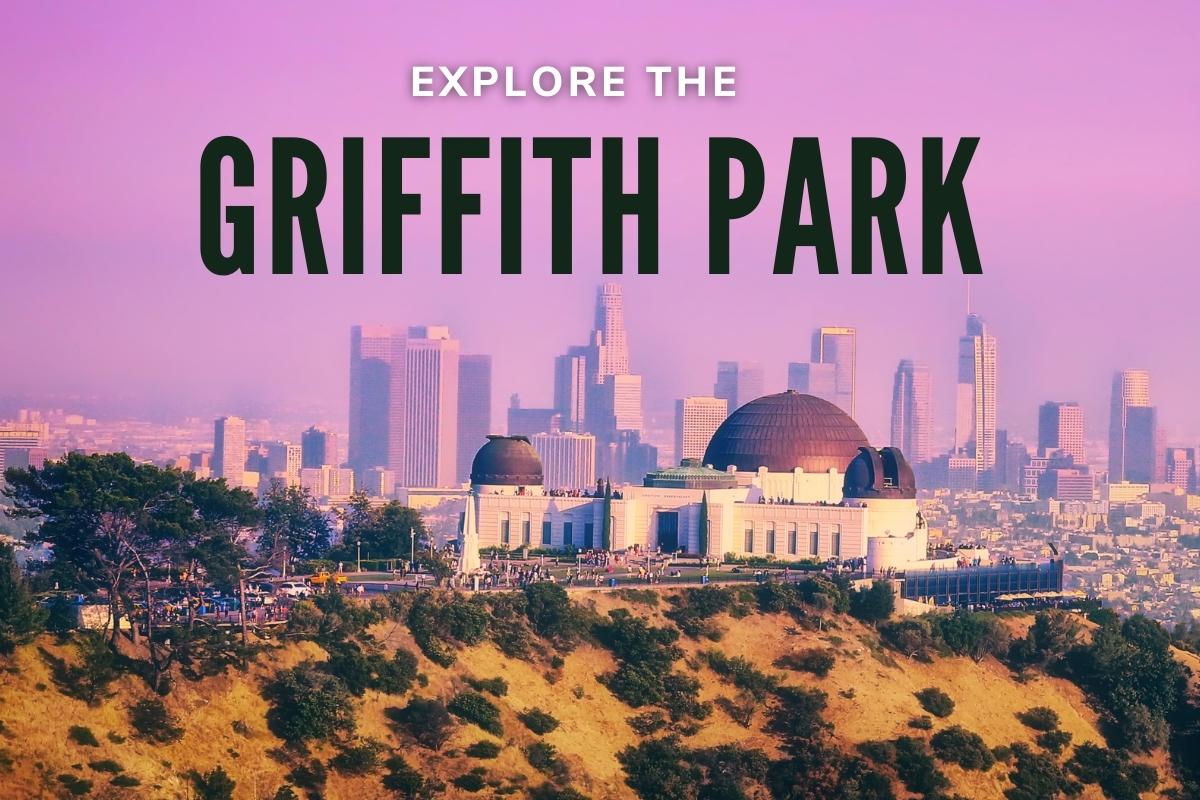 Griffith Park is one of America's largest municipal parks with an urban wilderness area. Griffith Park was named for Griffith J. Griffith, who bequeathed land to Los Angeles in 1896. Since then, other donations and purchases have expanded the park.

It's easy to see how you can spend a whole day exploring this significant and historic park. The large park has a zoo, outdoor entertainment venue, several museums and is home to the Griffith Observatory. In addition, visitors can see the famous Hollywood Sign from various vantage points.

The Los Angeles zoo is home to 1,400 animals. Visitors can explore the Rainforest of the Americas and see jaguars, otters, piranhas, and cotton-top tamarins. In the LAIR, visitors will find amphibians and reptiles. The Elephants of Asia is a popular exhibit, as is Campo Gorilla Reserve.

The Botanical Gardens showcase a variety of gardens with 7,000 plants and 800 plant species.

Travel Town Museum first opened in 1952. This imaginative museum focuses on railroad transport from the 1880s to the 1930s. Travel Town Museum takes a close look at railroading in Los Angeles and Southern California.

The Greek Theater opened in 1929 and has been entertaining LA ever since. The outdoor 5,900 seat venue features remarkable acoustics and a beautiful setting. The Greek Theater frequently hosts concerts and entertainment acts.

Autry Museum of the American West

The Autry Museum was founded by movie star Gene Autry, his wife Jackie, and Monte and Joanne Hale. The museum opened in 1988 to focus on the American West. The museum features an annual American West fine art exhibition and sale.

This charming attraction has been running since 1948. Children can choose their pony and enjoy a "live Merry-Go-Round" experience that meanders around the Griffith Park carousel.

The Hollywood Sign is internationally known as Los Angeles's most iconic symbol. The sign is 350 feet long and 45 feet tall. Visitors can take pictures of the sign from various vantage points. If you're interested in the Hollywood name origin, check out our fascinating story.

The Griffith Observatory opened in 1935 and is one of LA's favorite landmarks. The observatory offers outstanding views of LA, and visitors can see the Pacific Ocean as well as downtown.

The observatory has been featured in several movies, including Rebel Without a Cause which starred James Dean. A bust of James Dean is located on the observatory's grounds.

Hollywood is home to non-stop attractions and entertainment. If you are exhausted from your adventurous day, there's no need to go out to eat. Check out our hotel room service menu and enjoy a fabulous meal.