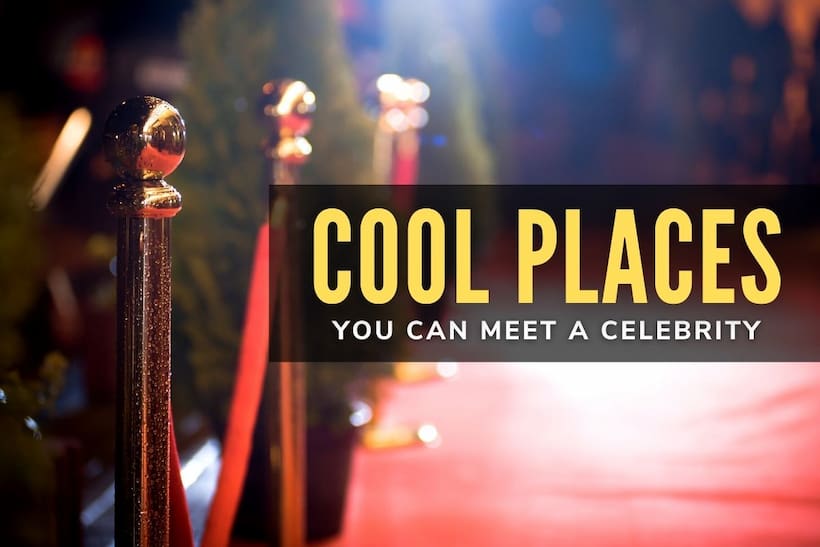 If you’re visiting Hollywood, you should immerse yourself in the Hollywood lifestyle. Hollywood is known for its movie stars and celebrities and is a great location to rub shoulders with the rich and famous.

The best way to experience the Hollywood lifestyle is by experiencing daily life. Celebrities are just like the rest of us and like to eat out, walk their dogs, and do a little shopping. If you are looking for cool places in Hollywood that celebrities go to, run a few errands and enjoy yourself.

The theatre also hosts the impressive Forecourt of the Stars, which features handprints and footprints from Hollywood’s most famous movie stars.

In addition to watching the latest movies and hoping to run into a movie star, visitors can take the TCL Chinese Theatres Tour. Guests will learn about the cinema’s history and behind-the-scenes details of famous Hollywood premiers.

The exclusive Back Room opened in 1934 and became a popular place for celebrities to gather. Today’s visitors can see the Back Room’s famous bar in the New Room. Movie stars like Charlie Chaplin, Greta Garbo, and Marilyn Monroe enjoyed Musso & Frank’s legendary food and hospitality. In addition, literary greats such as F. Scott Fitzgerald, William Faulkner, T.S. Eliot, John Steinbeck, Kurt Vonnegut, and Joseph Keller found themselves at Musso & Franks.

Musso & Franks still welcomes celebrities and mere mortals alike, so everyone can enjoy their spectacular food, service, and creative atmosphere.

Erewhon Market is a community store that offers healthy produce and exceptional nutrition. Erewhon’s first market opened in the 1960s to focus on natural foods and healthy living. In 2011, new owners purchased Erewhon and transformed it into a modern grocery and health food store.

Erewhon sells items such as expensive yogurt, healthy smoothies, and local figs. This hip grocery store is where to go to meet old friends or make new ones.

Runyon Canyon is a city park with three entrances. It’s a popular place for celebrities who want to get out of the house, go on a hike, or walk their dogs. Runyon Canyon hosts daily yoga classes and offers amazing views of downtown Los Angeles.

Runyon Canyon is the perfect spot to stretch your legs, walk your dog, enjoy the views, and connect with adventurous residents. Justin Beiber, Channing Tatum, and Natalie Portman have all been spotted at this outdoor hotspot.

The Grove is one of LA’s most popular and exclusive shopping and entertainment areas. Celebrities love to shop high-end brands here, and you might spot your favorite star shopping for a designer handbag or enjoying a meal.

In addition to great shopping, dining, and people-watching, the Grove has a fabulous dancing fountain and is one of Hollywood’s many cool places for Instagram pictures.

Experience the Celebrity Lifestyle in Hollywood