Most Haunted Places Near Hollywood, CA 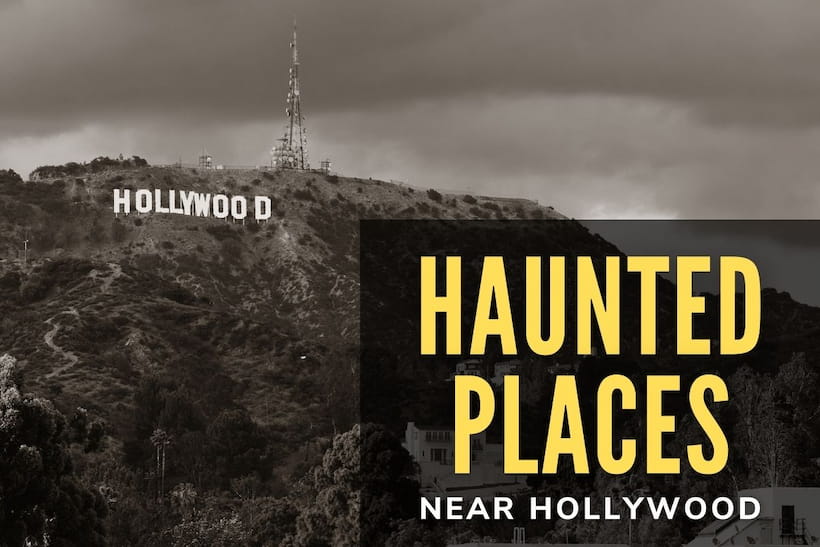 Hollywood has its share of legends and larger-than-life characters. In addition, Hollywood has several haunted places where restless spirits and age-old grudges live on.

Hollywood has always drawn big personalities and plenty of drama. It's no wonder that some of these personalities linger after death and that the drama continues after the end of the show.

The Comedy Store's history of strange sightings and paranormal activity has been featured in Ghost Adventures. The Comedy Store used to be a Hollywood nightlife spot called Ciros. During Prohibition, the mob owned the building and had underground tunnels and hidden back rooms.

Guests and staff often report seeing an old club bouncer, men from the 1940s, and an old showgirl. In addition, guests sometimes hear noises such as audiences that aren't present or slamming doors. Artists have heard voices from closed, empty rooms, and had lights flicker and turn off. No one knows why the Comedy Store seems haunted, but staff and comedians confirm it's no laughing matter.

In 1932, an aspiring actress named Peg jumped from the top of the Hollywood sign and died. Sightings of her ghost began in the 1940s and persist to this date.

The Griffith Park land has a tragic history, and many believe that ghosts from the past haunt the land. In the 1860s, Don Antonio Feliz owned the land. He had no children and had chosen his niece Petranilla as his heir. In 1863, Don Antonio Feliz was dying of smallpox when his friend Antonio Coronel convinced him to change his will.

When Petronilla discovered the new will, she cursed the land. The land has since had a grasshopper plague and seen many untimely deaths. When Griffith bought the land, a flood wiped out the crops, and workers saw the ghosts of Petronilla and Don Antonio Feliz riding the flood waves. Griffith refused to sleep on the haunted land and decided to give the land to the city.

Later, Griffith shot his wife in the face, and the curse was again blamed.

Various spirits supposedly haunt Pantages Theater. The theater's founder, Alexander Pantages, is said to haunt the building. He was forced to sell the theater, but his spirit is restless and haunts the building's main floor.

Another ghost belongs to a young performer who died in the building's mezzanine. Her spirit is stuck in the building because she died before achieving her dreams.

Legendary Howard Hughes bought the theater in 1949, and visitors often spot his ghost in his old office or on the balcony.

The Hollywood Forever Cemetary is the final resting place of many Hollywood celebrities. As you walk through the cemetery, you may feel the spirits of the departed. You'll find grave markers for legends such as Mel Blanc and Judy Garland. Johnny Ramone's grave features a life-sized statue of Ramone playing the guitar. There's even a grave marker for Toto, the dog featured in The Wizard of Oz.

Visiting the Hollywood Forever Cemetary is just one of our favorite free things to do in Hollywood, CA.

There's more to Hollywood than meets the eye. After experiencing the most interesting haunted places near Hollywood, check out these other Hollywood Tours and discover more of Hollywood's history and drama.