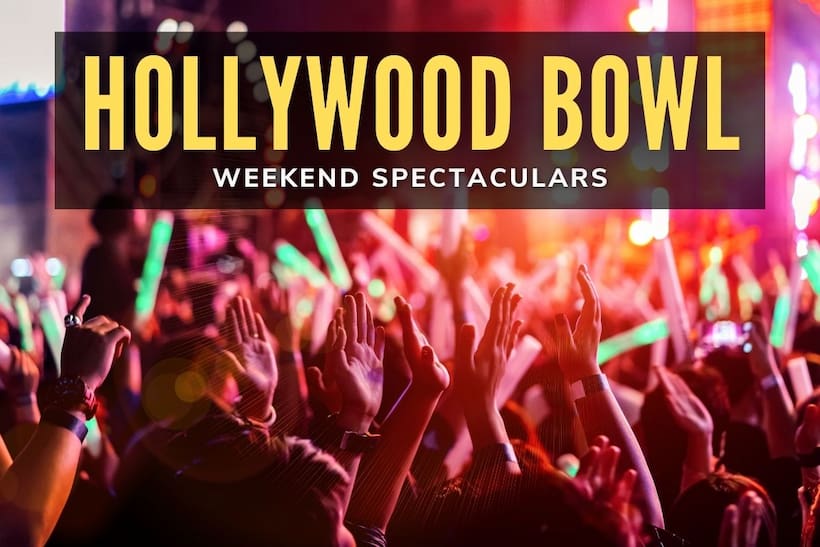 Performances have taken place in this location since 1916. The Hollywood Bowl music series first began in 1922 and is celebrating its 100th anniversary in 2022. Hollywood Bowl is Southern California's premier live music destination and has hosted international favorites such as Billie Holiday and The Beatles. Whether you’re looking for extravagant productions like the Hollywood Bowl Weekend Spectaculars, or a list of free things to do in Hollywood, CA, you’ll find it all right here in Hollywood.

Kinky Boots is the first event in the series and is set for Friday, July 8th, Saturday, July 9th, and Sunday, July 10th, 2022. This Broadway hit has been specially adapted for the Hollywood Bowl stage. Kinky Boots has won six Tony Awards, including Best Musical. The story tells of a special friendship built around a pair of high-heeled boots.

Cyndi Lauper wrote the award-winning music, and the show is based on Harvey Fierstein's book. Wayne Brady, Jake Shears, and Kelly Marie Tran star in this thrilling production.

Ricky Martin with the LA Phil

In addition to Ricky Martin's unforgettable music, guests will be treated to a performance by the Los Angeles Philharmonic.

Back to the Future with the LA Phil

Relive an unforgettable classic that tells a time-bending story. Hollywood Bowl features Hollywood's largest outdoor movie screen, and this blockbuster movie will be shown while the LA Phil performs Alan Silverstri's score live. This exciting mix of classic visuals and live music is sure to thrill fans.

In this enduring movie, Marty McFly travels to 1955 to try and change his parents' lives, solve an international crisis, and rescue a friend. Back to the Future will be featured on Friday, August 5th, and Saturday, August 6th.

On Friday, August 19th, and Saturday, August 20th, experience legendary music with The Gipsy Kings. With Nicolas Reyes at the helm, the Gipsy Kings have brought a high-energy blend of flamenco, rumba, salsa, and pop to international audiences for decades. The Gipsy Kings' music has been featured in several movies such as The Big Lebowski and Toy Story 3. The music honors the band's Spanish Romani ancestors while blending with pop music for a unique and enduring sound.

Several special guests will join Duran Duran to celebrate their four-decade careers. Duran Duran has sold over 100 million records since their debut in 1980. Duran Duran constantly innovates and blends fashion, technology, and art into their performances.

The Hollywood Bowl has been producing cutting-edge shows for 100 years. You can experience this iconic city while staying in stylish Hollywood hotel rooms at The Hollywood Hotel.