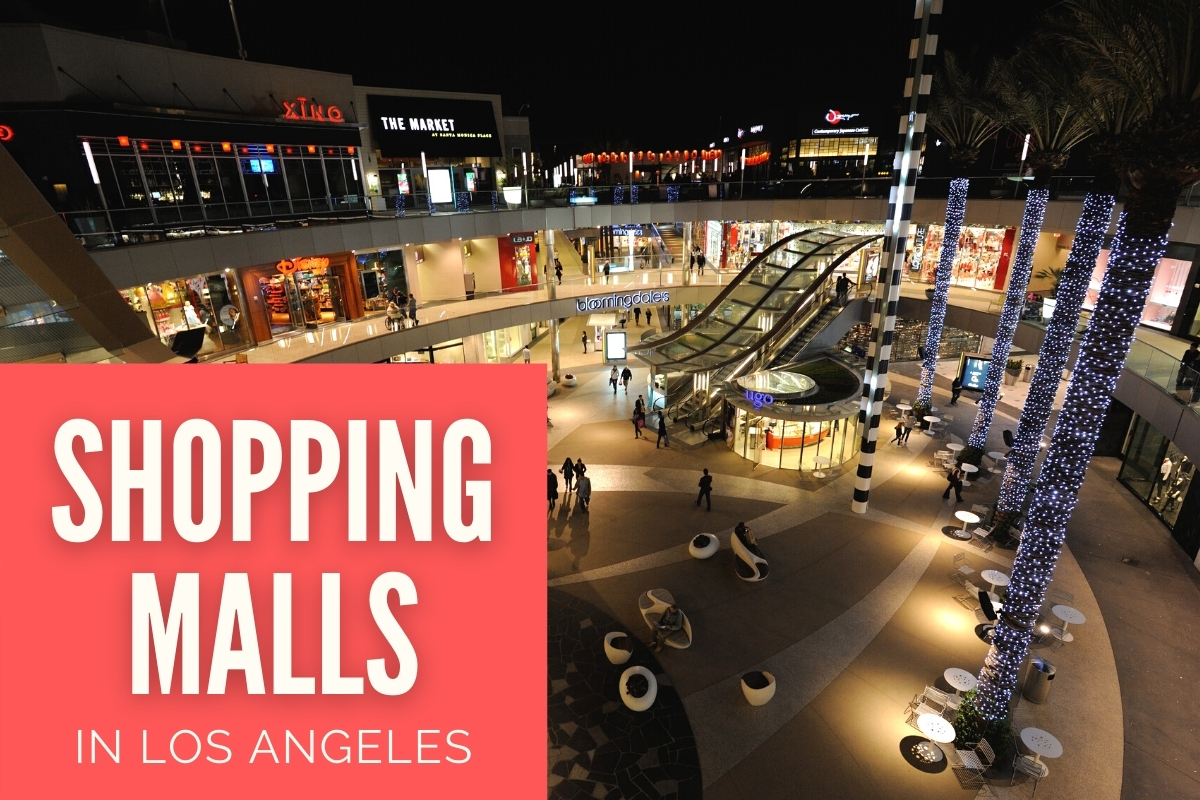 There is so much to do in the Greater Los Angeles area, from visiting beaches near Hollywood, CA, to hiking one of the many trails outside the city. No trip to LA would be complete without shopping! From designer brands to budget finds, Hollywood offers some of the best places to shop in any tourist destination. With gorgeous weather year-round, the best outdoor malls near Hollywood, CA, are located close to area attractions, allowing you to shop to your heart’s content.‍

Shopping and scenery combine with a visit to The Grove at Farmers Market, making it one of the best outdoor malls near Hollywood, CA. Built on land that was an orchard, this shopping and entertainment complex offers natural beauty with commercial splendor. More than just shopping, The Grove includes a trolley that takes shoppers from The Grove to the nearby Farmer’s Market. There is also a large water fountain in the complex’s central park area, with a synchronized water and music show that occurs every hour. There is also a 14-screen movie theater operated by Pacific Theaters.

Located in Glendale, this complex is owned and operated by the same group as The Grove. The complex includes over 80 stores, along with several restaurants and snack options. The complex also has a large residential complex nearby, which includes high-end apartments and 100 condos. Since the same company operates both shopping complexes, many of the stores are similar. This means you can find the best shopping, regardless of where your LA adventures take you. There is also a movie theater and a large central park area in the center of the complex. Notable stores include Urban Outfitters, Apple, Barnes and Noble, Louis Vuitton, Nordstrom, Samsung, Tiffany & Co, and Toms. Dining options include Frida Mexican Cuisine, Jersey Mikes, Katsuya, Ombra Wine Bar, The Cheesecake Factory, and Sugarfina.‍

This shopping complex has been a staple in the Los Angeles area since the mid-1960s. The complex is located in the Century City area of LA, on Santa Monica Boulevard. Current shopping stores include Apple, Abercrombie & Fitch, Asics, Aldo, Allsaints, Anthropologie, Bloomingdales, Macy’s, and the Disney Store. Dining options include Big Fish Little Fish Poke, Beleaf Cafe, California Pizza Kitchen, Randy’s Donuts, and Shake Shack. There is also a 15-screen AMC movie theater at the complex as well.

Additionally, some stores at the mall are currently offering curbside pickup for added shopper convenience.‍

Hollywood and Highland are one of the best outdoor malls near Hollywood, CA, located right on Hollywood Boulevard, next to the Chinese Theatre. Shoppers can spot views of the Hollywood Hills and the Hollywood sign from the complex’s central courtyard. The complex is home to 70 shops and 25 restaurants. The complex also has large gathering places and a TV studio, where shows such as “On Air With Ryan Seacrest” are filmed.

Besides a variety of clothing and accessory shops, there are also entertainment options like a movie theater, Dave and Busters, and Lucky Strike Bowling.‍

Relax at The Hollywood Hotel‍

One of the closest hotels in Hollywood to attractions like the Hollywood Walk of Fame and the Chinese Theatre, The Hollywood Hotel allows you to stay close to all the excitement and attractions LA has to offer. Book your room today!