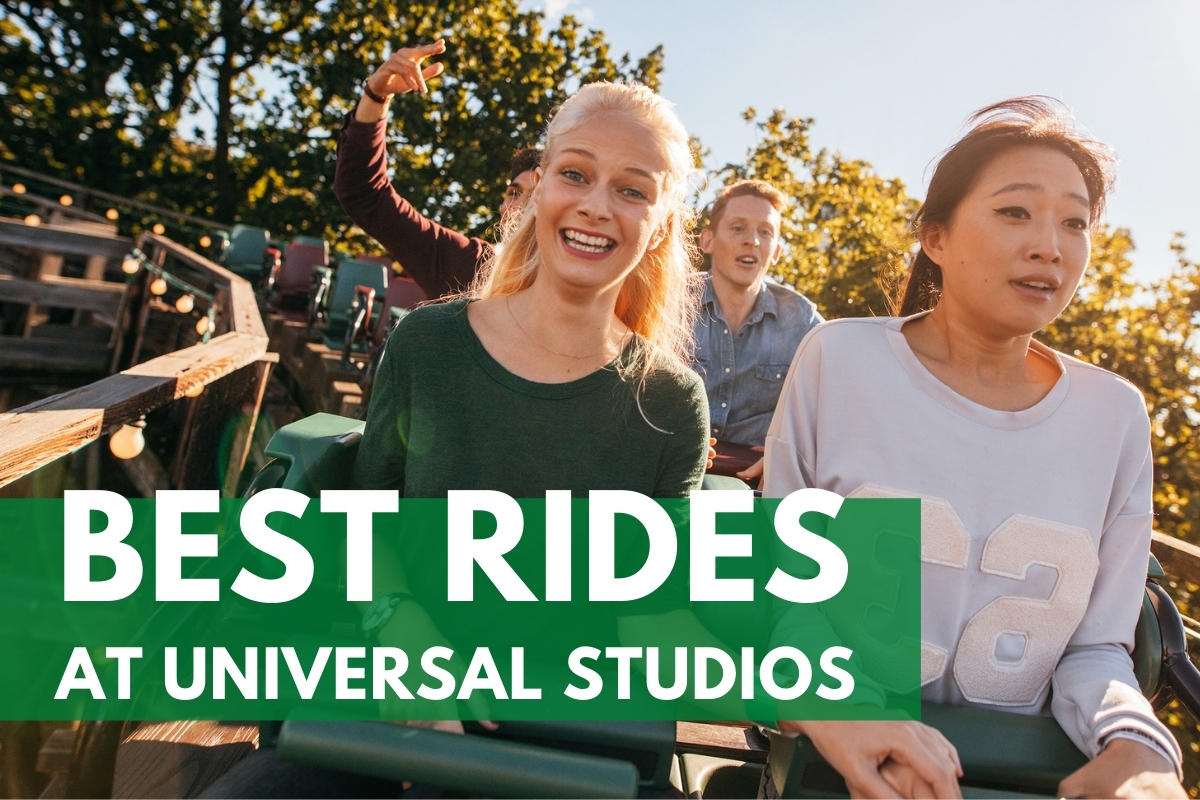 Harry Potter and the Forbidden Journey™‍

Explore Hogwarts™ castle as you wait to hop on your broomstick for an adventure into The Wizarding World of Harry Potter™. You’ll pass through the rooms frequented by Harry and friends like the Gryffindor™ common room, the Room of  Requirement, Dumbledore’s Office, and the Defense Against the Dark Arts classroom. There are also special appearances by the Sorting Hat and the Fat Lady, who guards Gryffindor™ tower.

Then, it’s time to ride! Journey with Harry, Ron, and Hermonie as you’re magically lifted for a rousing (and sometimes scary) ride around Hogwarts™, the castle grounds, and the forbidden forest. This ride combines animatronics, 3D effects, and special simulation ride vehicles.‍

This family-friendly outdoor coaster is the other attraction within the Wizarding World of Harry Potter™. This ride allows you to explore Hagrid’s garden and learn about Hippogriff™ etiquette before jumping aboard to ride one.‍

This classic ride just got a Jurassic makeover. The ride now incorporates elements from the new additions to the Jurrasic Park franchise, featured in the Jurassic World movie series. Get an up-close-and-personal view of Jurassic World’s attractions before plummeting down a gigantic water flume.‍

The lovable Minions from the Despicable Me series are taking over! Join in as Gru recruits you to be his new Minion in his latest conquest for world domination. Nothing ever goes the way you’d expect, and you’re in for a fun-filled journey through Gru’s laboratory. The fun continues at the dance party with the Minions after the ride. And, if you want to have even more Minion fun, check out Super Silly Funland, an arcade play area inspired by the movie’s carnival.

This indoor thrill roller coaster thrusts you 45 mph in complete darkness as you try to escape an ancient pyramid—without becoming cursed.

This ride combines cutting-edge 3D-HD technology with flight simulation for an experience unlike any other. It’s one of the most technologically advanced rides in the park with 3D animation and effects that stretch over four stories tall! Protect the Allspark along with Optimus Prime as you battle Decepticons and save the planet.

No trip to LA would be complete without experiencing Universal Studios Hollywood. View our Universal Hotel Packages and enjoy great deals when you purchase your room and Universal tickets together. Learn more about the packages and current availability on our website.