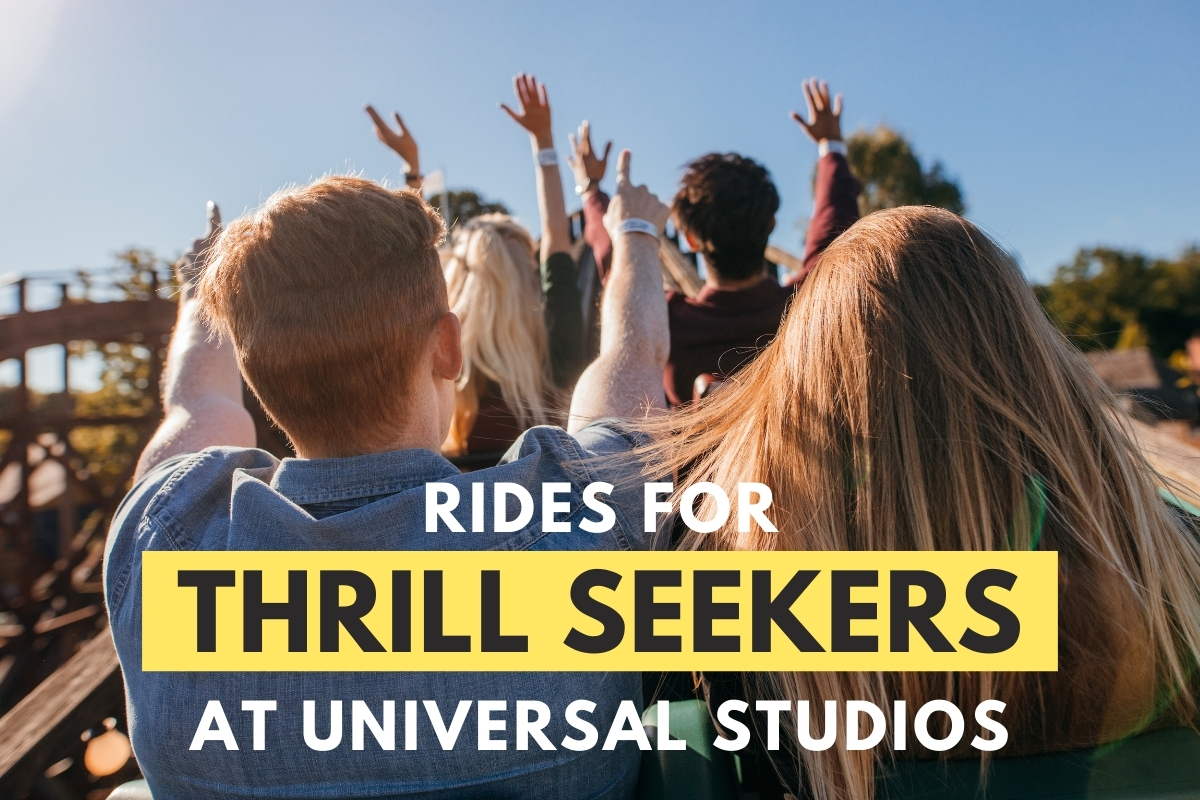 Harry Potter and the Forbidden Journey™

This landmark attraction is located inside Hogwarts™ castle in the Wizarding World of Harry Potter™. Explore the castle’s famous places while you wait to board the attraction, discovering rooms like Dumbledore’s Office, the Gryffindor™ common room, and the Defense Against the Dark Arts classroom. Then, enter the ride vehicle where you’re magically lifted on your broomstick to fly above Hogwarts and the forbidden forest with Harry Potter™ and friends. On your journey, you’ll encounter some of the biggest and scariest creatures from the Harry Potter universe, like Dementors and giant spiders.

When it comes to seeking thrills, it doesn’t get much better than dinosaurs. Get up close and personal with the dinos of Jurassic World on this attraction. Hop onboard a boat and wind your way through a tropical rainforest as you explore the exhibits of Jurassic World. View its newest attractions like the Indominus Rex, and watch as she battles her nemesis, the T-Rex. The ride ends with a thrilling drop and a log flume splash. You will most definitely get wet!

The Transformers ride uses the latest flight simulation technology to create a truly out of this world experience. The ride combines 3D and 4D effects as you fight along Optimus Prime to defend the Allspark against Decepticons. The ride includes stunning visuals and characters over four stories tall, putting you in the middle of a battle never before seen on our planet!

Revenge of the Mummy℠

This indoor coaster thrusts riders forward at 45 miles per hour in total darkness. The indoor coaster takes you on a journey as you explore the inside of a pyramid with dazzling displays of trinkets and treasures. Then try to escape from the pyramid—before getting cursed yourself.

Are you wondering why a backlot movie tour is on a list of rides for thrill-seekers at Universal Studios Hollywood? This is a tour like no other! Not only do you get to see the world’s most active film studio in real-time, but there are thrilling experiences throughout the 60-minute tour that put you at the center of the movies. From a flash flood, earthquake, plane crash, to an appearance by Jaws, this tour has everything!

King Kong 360 3D, which you ride on the studio tour, is an immersive 3D attraction. The crystal-clear image technology makes you believe King Kong is right beside you. Then, the tour’s finale attraction is riding Fast and Furious-Supercharged. On the ride, you’ll get to experience how the movie-making practices you learned about during the studio tour come together to make stunning movie magic. You’ll feel like you’ve been hurled at 120 miles per hour as you enter the world of fast racing.

The Hollywood Hotel is close to movie thrills