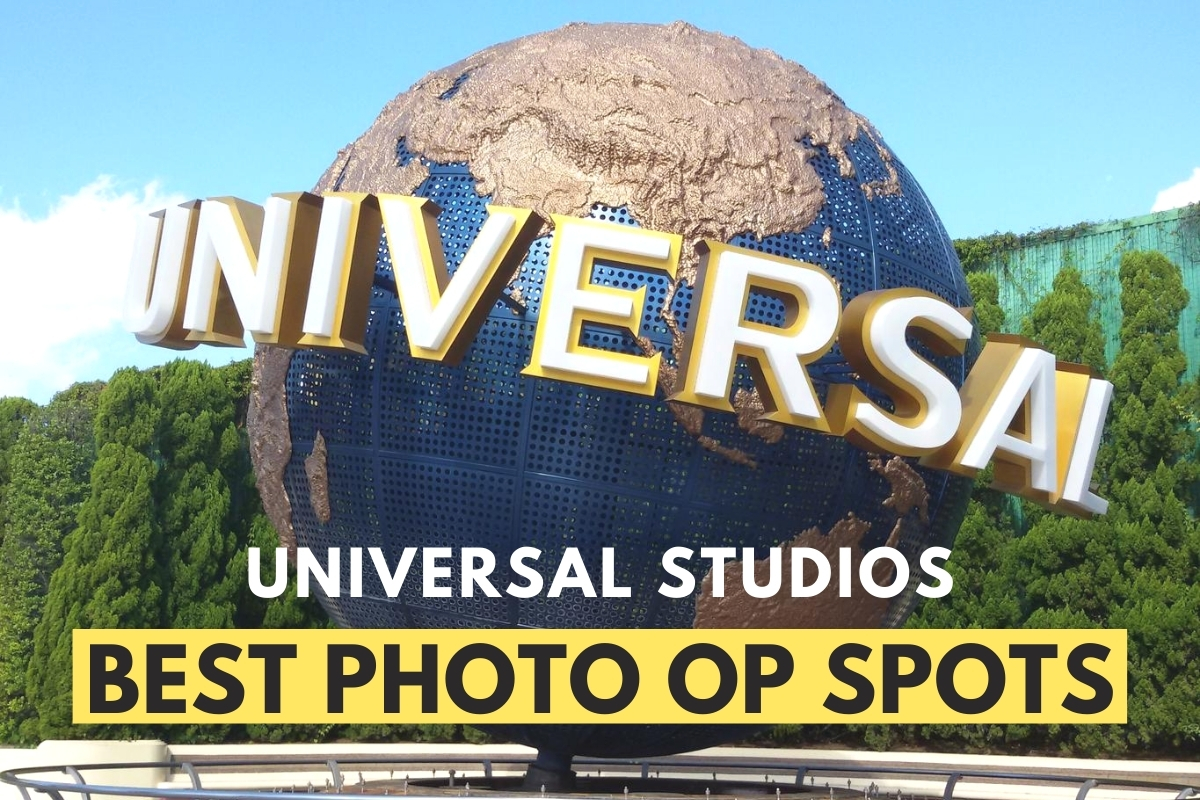 Spending a day at Universal Hollywood is full of picture-perfect moments you’ll want to share with friends and family. The themed areas around the park offer great photo spots if you wish to capture your family’s first visit to Hogwarts™ castle or take a selfie with Marilyn Monroe. Make sure your photos are great by taking advantage of the best photo spots at Universal Studios Hollywood.‍

The Wizarding World of Harry Potter™‍

Photo-ops abound while visiting The Wizarding World of Harry Potter™. Here are a few of the top places to take pictures as you walk through the snow-capped buildings of Hogsmeade™:‍

Take a picture with the iconic train that brings witches and wizards to Hogwarts™. The train conductor might also stop and pose with you. Hogwarts™Express is a popular photo spot, so you may need to wait in line to take a picture here.

Harry Potter and the Forbidden Journey™‍

The entrance to this ride is at the base of Hogwarts™ castle, so there are many terrific photo opportunities throughout the castle grounds. The school name is engraved on one of the castle gates (along with some magical effects), making for a great photo. You can also take a group shot with Hogwarts™ castle in the background as you enter the ride queue.‍

Don a school robe and pose among the hundreds of wands that are stacked up around the store. The area around the store’s exit also offers a nice few of Hogwarts™ castle for some more shots.‍

A trip to the Wizarding World of Harry Potter™ wouldn’t be complete without a cup of Butterbeer™ , which you can get at Hogshead™. Take an Instagram-worthy shot with your drink here or anywhere around the wizarding world.

The iconic rotating globe stands tall right as you enter the park, and it is one of the best photo spots at Universal Studios Hollywood! There may be a professional photographer at the site so you can take a picture of your whole family.

Entering such a famous place in movie history deserves a few photos! Take a picture as you first enter the land at the massive Jurassic World gates. Or, grab a selfie with everyone’s favorite raptor, Blue, during the Raptor Encounter show.‍

Krustyland, the area surrounding The Simpsons™ Ride, is where cartoons come to life. Its bright and colorful carnival feel offers several places for great photos. You may even get to pose with the Simpsons themselves!‍

A trip to a theme park wouldn’t be complete without taking a picture with a few characters. Character interactions are never guaranteed and do not have advertised times and locations. Ask a Team Member in the park where and when to spot the characters profiled below:‍

The park’s Upper Lot is known for classic movie stars like Marilyn Monroe, Lucille Ball, and Betty Boop to roam around the streets.‍

Kids will love seeing some of their favorite characters like Hello Kitty, Curious George, Shrek, Spongebob Squarepants, and Scooby-Doo. Kids can also dance with the Minions from the “Despicable Me” series after riding Minion Mayhem on the Upper Lot.‍

There are many opportunities to see some of Hollywood’s beloved characters like Beetlejuice, Doc Brown from “Back to the Future,” and Transformers throughout the park.‍

Stay close to Universal Studios at the Hollywood Hotel‍

The Hollywood Hotel in the heart of LA is only 20 minutes from Universal Studios. Visit our website to view our Universal Studios Hollywood Packages and save when you book your room and tickets together. Then, you’re all set to create some Instagram-worthy memories!