Things To Do With Your Kids At Universal Studios Hollywood 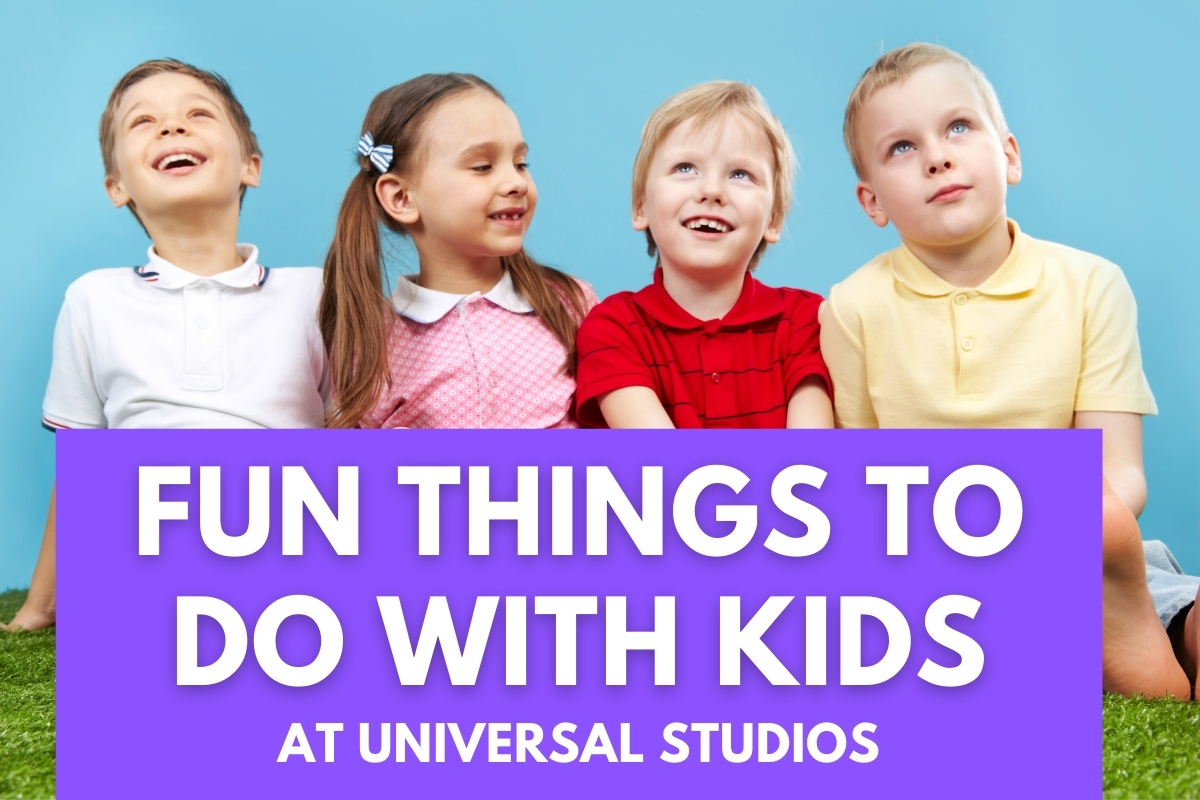 With world-class entertainment, thrilling attractions, themed areas, and delicious dining experiences, spending a day at Universal Hollywood is one full of memories your family will remember for years to come. Kids will especially enjoy seeing their favorite movies come to life in a way they never thought possible! Are you wondering what kids may enjoy while at the park? Here are some fun things to do with kids at Universal Studios Hollywood!‍

The Raptor Encounter is something everyone in the family will enjoy. Meet Blue—everyone’s favorite velociraptor and a friendly triceratops during the show that happens periodically throughout the day.‍

Super Silly Funland is the ultimate place for kid-friendly fun at Universal! This land adjacent to the Despicable Me Minion Mayhem ride is a colorful carnival area with rides, carnival games, and playgrounds. The wet play area has over 80 water features where kids can splash and cool off. The Silly Swirly Ride is a 360-degree spin ride that allows you to soar above the Funland. Have a family competition at one of the many arcade games and see who can spot the most minions—there are 53 minions in all!‍

At Universal Studios Hollywood, there are plenty of opportunities for kids to meet the characters they know and love. Stop by the Animation Studio Store and meet Hello Kitty inside. Other characters like Curious George, Scooby-Doo, Spongebob Squarepants, and Shrek characters also make appearances throughout the park. Ask a Team Member for specific times and locations once you enter the park to find your favorite characters.‍

Seeing a working film studio is one of the best fun things to do with kids at Universal Studios Hollywood. This 60-minute tour lets you explore actual movie sets from Hollywood blockbusters and maybe view live filming. There are also two immersive experiences while on the ride: King Kong 3D and Fast and Furious-Supercharged. The tour is best suited for older children, as the thrilling elements maybe a little too much for younger kids to handle.

The Wizarding World of Harry Potter™

Seeing the delight in your child’s eyes when they walk around Hogsmeade™ and watching the world of Harry Potter™ come to life is something you’ll remember for years to come! Walkthrough snow-capped buildings and explore stores from the book and movie series like Ollivanders™ wand shop, Zonko’s™ Joke Shop, and Honeydukes™. Then, take the family on Flight of the Hippogriff™, Universal’s only outdoor roller coaster. Learn the proper etiquette of interacting with a Hippogriff™ and then soar over Hagrid’s house and gardens.‍

The Hollywood Hotel is a great place to stay and explore other LA attractions. Save when you book your room and theme park tickets together. Check out the best hotel packages near Universal Studios Hollywood for details!