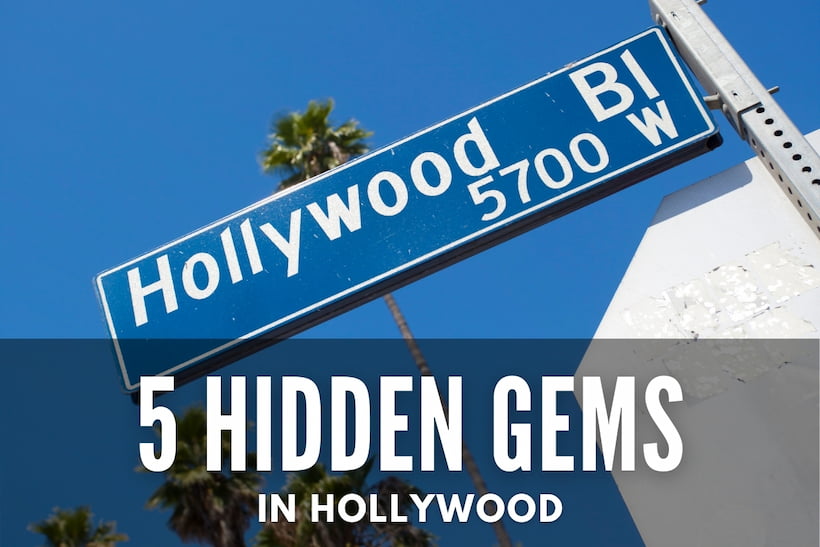 Get off the beaten path and explore fun sights that tourists usually miss. Hollywood is more than just glitz and glamour. Go on a behind-the-scenes tour and discover secret movie and TV landscapes and coffee shops with forested hide-outs. Wonder at the immense progress cameras have made while admiring classic movie cameras and immersing yourself in the history of cinema.

The famous Batmobile used to storm out of this cave in the 1960s Batman TV Series. Instead of the more exciting name "Bat Cave," it's called Bronson Cave. You probably won't see any bats, batmobiles, or Batman, but you can see the Hollywood Sign from the mouth of the cave. To find Bronson Cave, head to Griffith Park and hike a short distance from Canyon Drive.‍

The Hidden Forest at Bourgeois Pig‍

The Bourgeois Pig is the oldest coffee shop in LA and features an intriguing back room. Intrepid caffeine seekers will feel like they are in a Hobbit forest, complete with tree trunks and branches. Relax on a comfy couch or in the treehouse. You might meet screenwriters creating the next blockbuster or moms meeting for a tea. This is a local's haunt, and you'll love this unique, independently-owned coffee shop.‍

The American Society of Cinematographers hosts a classic camera collection that's sure to inspire. The collection features movie cameras from all eras of movie production. The earliest artifact is an 1895 Lumière Cinématographe. This wood and cloth camera was used to shoot some of the world's first motion pictures. Another excellent find is a Pathé studio camera owned by famed cameraman Arthur C. Miller. The ASC Clubhouse is located at Franklin Avenue and Orange Drive.‍

To admire some of Hollywood's compelling architecture, check out the Samuel Freeman House. Legendary Frank Lloyd Wright built the Samuel Freeman House in 1924 from square concrete slabs. The 12,000 blocks are imprinted on both the exterior and interior. The home also features terraces, balconies, and expansive windows. The Freemans used the house as an artistic and political gathering place until the 1980s. The home was donated in 1986 to the University of Southern California's School of Architecture.‍

Dine Like an Old Hollywood Star at Musso & Frank‍

Opened in 1919, the Musso & Frank Grill might be Hollywood's oldest restaurant. Waiters harken back to days gone by with suit coats and professional service. While you might bring a cell phone these days, old phone booths still stand to remind you of simpler times. The menu is divine, and martinis are served just right. Treat yourself like a movie star and immerse yourself in Hollywood style.‍

There's always something new to explore in the Hollywood area. Find your hidden gem at our hotel with a complimentary breakfast in Los Angeles, CA.