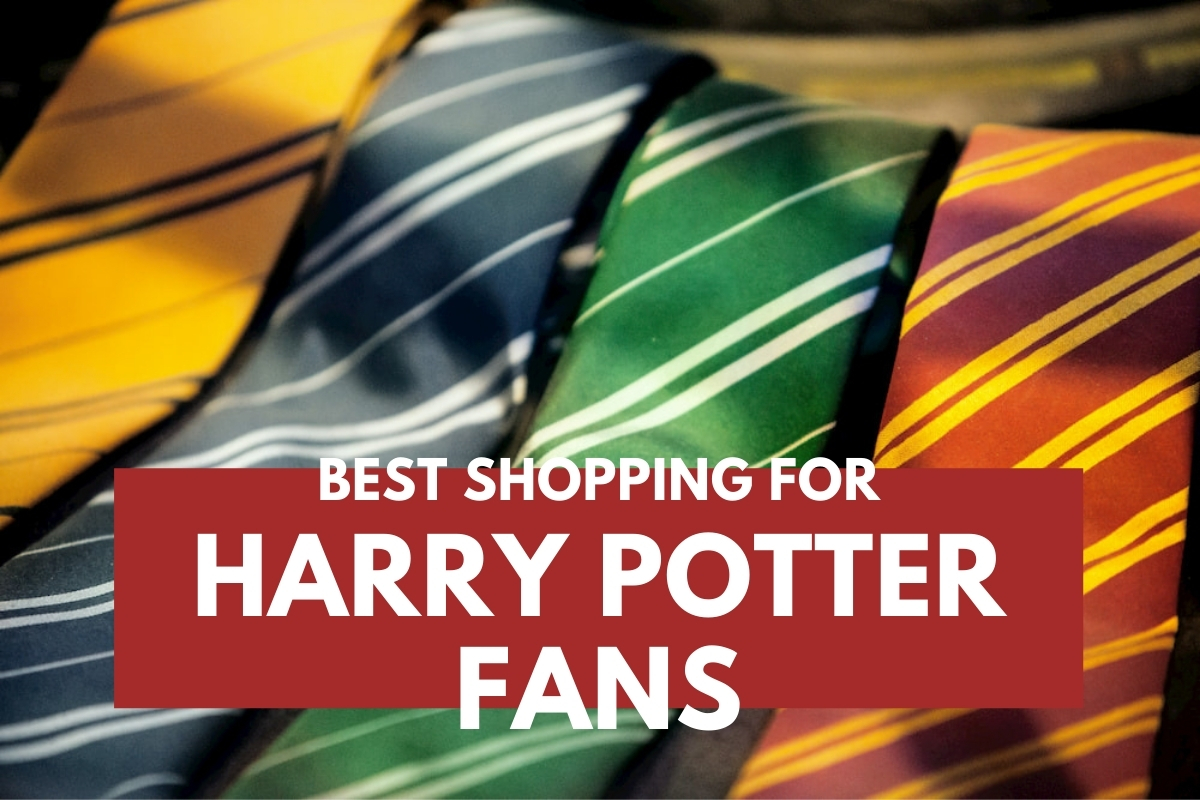 Visiting the Wizarding World of Harry Potter™ at Universal Studios Hollywood allows guests to step inside the beloved book and movie series. Muggles and wizards alike marvel at how they get to visit a place they’ve dreamed about for years. Take a part of the wizarding world home with you when you shop at the stores around Hogsmeade™. Where should you find the best wizarding trinkets? Here’s our list of the best shopping for Harry Potter fans at Universal Studios Hollywood.

Explore where the Hogwarts™ caretaker stores all of the various students’ confiscated items and take a souvenir home with you. This store is located at the end of Harry Potter and the Forbidden Journey™ inside Hogwarts™ castle. Here, you’ll find famous movie memorabilia like the Marauder’s Map, Quidditch gear, and Hogwarts™ house themed merchandise. Grab typical souvenirs with a wizarding twist like keychains, sweatshirts and apparel, jewelry, stationery, and other collectibles.

Once the Sorting Hat has sorted you, it’s time to show support for your house! Find all your Hogwarts™ house themed gear at Gladrags Wizardwear. It has all the items any witch or wizard would need to get ready for a school year at Hogwarts™, including wizard robes and accessories. You can also catch a glimpse of Hermione’s beautiful pink ball gown that she wore to the Yule Ball in “Harry Potter and the Goblet of Fire” in the store’s front window.‍

This gift shop is located at the entrance of the Wizarding World of Harry Potter™ and acts as the Hogwarts™ Express unloading station into Hogsmeade™. The store is filled with lost wizarding luggage, travel packages, and owl cages leftover from students and visitors. You can find Platform 9 ¾ gear and apparel, including train tickets and passports inside the store. There are other souvenirs available at the shop, including backpacks, mugs, housewares, and picture frames.‍

Ollivanders™ is half-store, half live-show located in the heart of the Wizarding World of Harry Potter™. It provides some of the best shopping for Harry Potter fans at Universal Studios Hollywood. Start your experience as one lucky witch or wizard stars in a wand choosing ceremony with the store’s owner. Will the wand choose you? After the ceremony, enter the store, which is filled with wands of various types. Purchase an enchanted wand that will allow you to interact with magical elements around Hogsmeade™. They also have many wands modeled after your favorite Harry Potter™ characters, including Harry, Ron, Hermione, and a few dark wizards like Voldemort and Bellatrix Lestrange. There is also a selection of general carefully-crafted wands.‍

Wiseacre’s provides many of the various items and accessories any Hogwarts™ student would need during classes, including crystal balls, hourglasses, and telescopes. They also offer themed apparel like Quidditch gear, Platform 9 ¾ merchandise, and Hogwarts™ Express themed items.

Honeydukes™ is the wizarding world’s sweet shop! The shop’s bright colors and magical elements within the decor make it an excellent place for pictures. You can purchase many of the sweet treats featured throughout the series like Chocolate Frogs™ (complete with a famous wizard trading card inside), Peppermint Toads, Fizzing Wizzbees, Exploding Bonbons, and Bertie Bott’s Every Flavour Beans™.