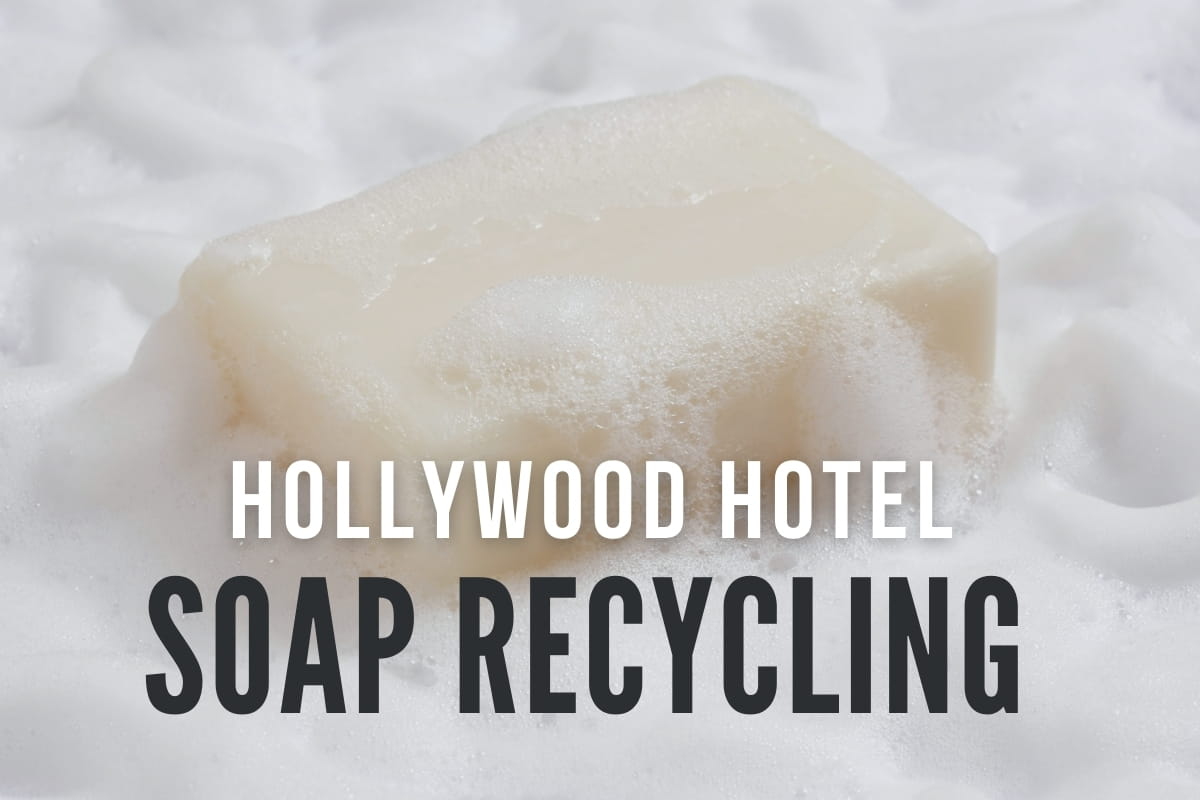 Did you know that your used soap at Hollywood Hotel helps prevent disease in countries all around the world? As part of its sustainability efforts, Hollywood Hotel participates in Clean the World's hotel soap recycling program, which cleans used soap and turns it into new soap.

This hotel soap recycling program then ships the new soap to families in need in countries such as Honduras, Haiti, Ghana and Kenya. That's more than 41 million bars of soap given to almost 120 different countries! Hand washing with soap, something we take for granted in the United States, is a luxury in some developing countries. Washing your hands with soap significantly reduces the effects of two fatal diseases -- acute respiratory infection and diarrheal disease -- which are the top killers of children under the age of 5, according to Clean the World's website.

At Hollywood Hotel, we've donated more than 1,400 pounds of old soap to this hotel soap recycling program. That equals nearly 7,500 bars of new soap distributed to those in need around the world! So next time you stay with us, don't feel bad about leaving your used soap behind. Rest assured that this hotel soap recycling program will make sure this old soap gets put to good use! Book your next stay now.

Want to help families in need more directly? Clean the World also helps coordinate hygiene kit-making events. These kits feature recycled materials, including those little bottles that body wash comes in at hotels, that are then given to relief organizations to distribute around the world. Learn more.

Experience Boo at The L.A. Zoo!

Where to Watch a Sunset in Hollywood