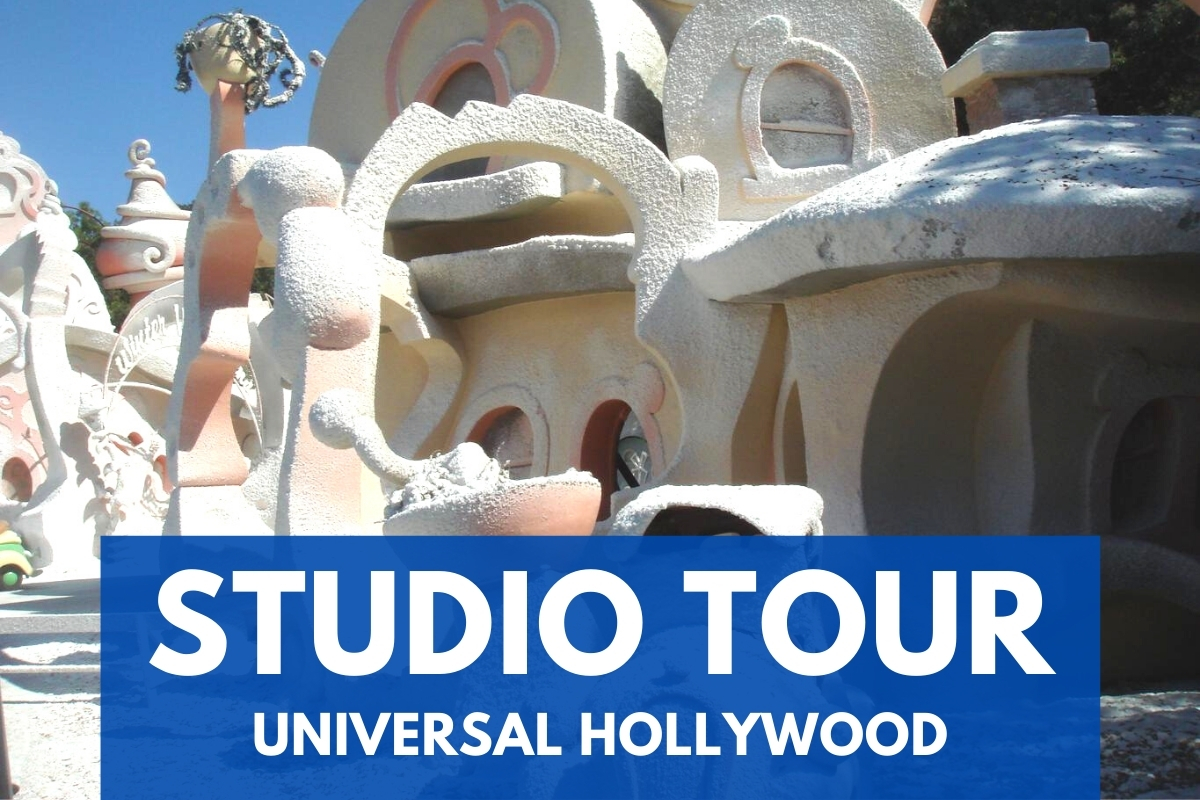 The World-Famous Studio Tour at Universal Hollywood is one of the best-known attractions! It’s a ride, unlike any other, where you get to explore a working movie studio and get a behind the scenes look at how movies and TV shows are made. The attraction is packed with so many things to do that it needed its own dedicated space here on our blog! Read on to learn more about the tour.‍

About the World-Famous Studio Tour at Universal Studios Hollywood‍

Hop aboard a tour tram and explore 13 city blocks of a live, working film studio. The set is the most extensive street movie set built in Hollywood history. Steven Spielberg consulted on the attraction’s construction. Jimmy Fallon, of the “Tonight Show with Jimmy Fallon,” hosts the tour through HD monitors located throughout the tram. There is also a live guide who will give you an insider look into the working movie studio. For Spanish-speaking guests, there is a separate tour that is hosted by Telemundo’s Carmen Villalobos.‍

You won’t believe the number of things you’ll experience while on tour! In addition to traveling through the largest active film & TV studio in the world, you’ll view sound stages and may see a movie getting made in real-time. There are several actual movie sets you’ll pass on your way through the tour, including a crashed 747 from the remake of “War of the Worlds,” the town of Amity from “Jaws,” Bates Motel from “Psycho,” and the set of a classic western movie. What you may see on your tour will vary depending on shooting schedules. If you happen to find yourself passing an active movie set, you’ll even spot a celebrity or two. Not only do you get a behind the scenes look at how movies are made, but you’ll also find yourself in the middle of the action with immersive experiences like a flash flood, earthquake, and a shark attack. What doesn’t this tour have?‍

As part of the Studio Tour, you can experience two attractions that could stand alone by themselves. These attractions allow you to see how behind the scene elements come together to make a Hollywood blockbuster.

King Kong 360 3D is a 3D simulation ride you’ll see on the tour. Experience the world’s most massive 3D screen as the mighty King Kong takes an interest in your tram vehicle while it battles dinosaurs.

The tour’s grand finale is riding Fast and Furious-Supercharged. The attraction uses the latest 3D-HD technology and simulations to make you feel like you are launching 120 mph into the alternate world of fast cars and international crime. The 3D experience will make you feel like the film’s stars are standing right next to you! You may spot some familiar sights during the attraction, as many of the scenes were shot in famous places around Los Angeles.‍

The World-Famous Studio Tour experience is included with theme park admission. The trams are open-air, and some parts of the tour are inside, and some are outside. You’ll want to keep that in mind to make sure you wear the right type of clothing and bring water. There are also several experiences on the tour that require 3D glasses, so don’t forget to pick them up before getting on the tram. The tour is approximately 60 minutes long, and the entrance is located on the Studios' Upper Lot.‍

Book and save at the Hollywood Hotel‍

Check out our Universal Hollywood Hotel Packages and enjoy special pricing when you book a hotel room and your Universal tickets at the same time. Visit our website for details!