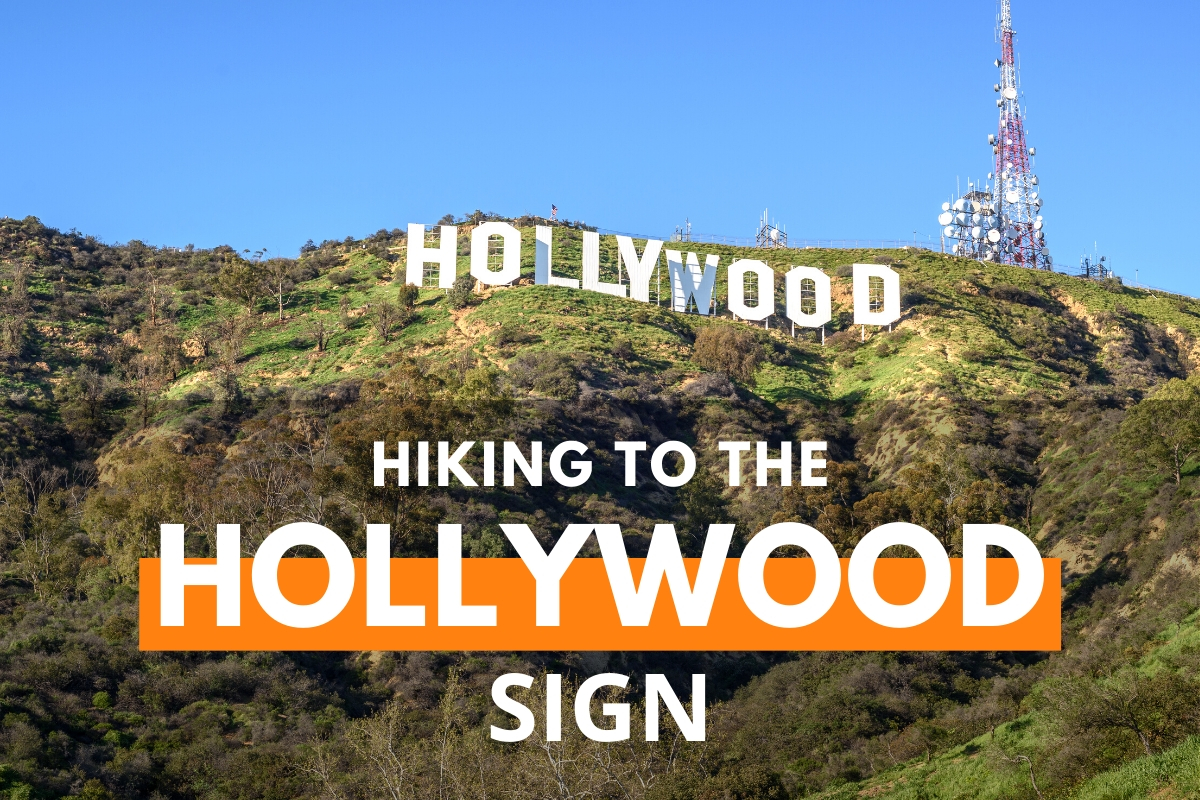 One of the most iconic landmarks in California is the Hollywood sign. Located high in the hills of the city, it's impossible to miss. You can see it as you check out the Walk of Fame and visit other attractions in both Hollywood and Los Angeles. Though you may feel content to simply see it from the city, you can also get close to the sign and have your photo taken in front of it. Just think of how jealous your loved ones will be when they see that you hiked to the sign. It's easy to plan a Hollywood sign hike before your trip or once you get there.

Many people traveling to Los Angeles don't realize that the original sign was much more extensive. It initially said Hollywoodland, which was the name of an area housing development. When the sign opened in 1923, it featured large lights too. During the 1940s, deterioration led to the Chamber of Commerce's decision to take down the sign. A public campaign in the 1970s led to the construction of a new sign after multiple people donated to the cause. Portions of the original sign were available for sale during the modern era.

When you hike to the Hollywood sign, you might want to keep your eyes out for the ghost of Peg Entwistle. Her story served as a significant plot point in the "Hollywood" show that landed on Netflix in 2020. Peg was an actress who traveled to Hollywood in the hopes of becoming a big star. After landing only one role, she hiked to the top of the Hollywood Hills and then climbed to the top of the H in the sign before throwing herself off. Many people now claim that the ghost of Peg haunts the sign.

Tourists can now choose a Hollywood sign hike from three options. The Mt. Hollywood Trail is the best route for beginners and starts in Griffith Park. You can head to the observatory and pick up a three-mile trail or start on the path near the Greek Theater, which is a little longer and more rugged. This second trail also has steeper terrain.

Those with more hiking experience might prefer the Bush Canyon Trail that takes you right by the Bat Cave that appeared on the Adam West Batman TV show. This hike runs for more than six miles and features quarries that appeared in classic films. You'll also come across plenty of wild animals on your hike.

Another option is the Cahuenga Peak Hike. Not only is this the most difficult Hollywood sign hike, but it's also the longest. It splits off from the Aileen Getty Ridge Trail and takes you by the Hugh Hefner Overlook. The trail is open every day from sunrise and closes at sunset. No matter which of the paths you choose, you'll have a fantastic time checking out the views and seeing all the wildlife running around before you get to the Hollywood Sign.